Hunayn ibn Ishaq on the Hidden Drugs of Galen – Part I

Posted by natrem on March 30, 2012 in Ancient Medicine, Herbal Medicine 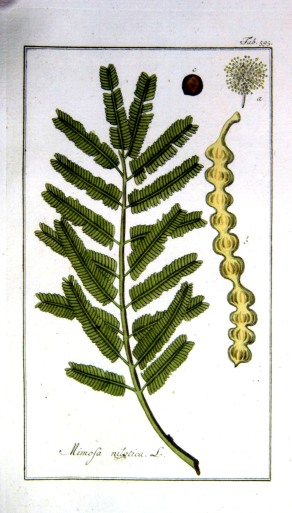 Arabic bibliographers in the Middle Ages reported the existence of a pharmacological work called Al-Adwiya al-Maktuma (“The Hidden Drugs”) written originally by the great Greco-Roman physician Galen and commented upon by the celebrated Arabic translator and scientist Hunayn ibn Ishaq. No copies of the Arabic treatise were known to exist.

Eventually a Latin translation of the work surfaced in Renaissance Europe, called De Plantis (and in other manuscripts De Medicinis Occultis).

Scholars recently uncovered an incomplete version of Al-Adwiya al-Maktuma written in the Arabic language but with Hebrew letters.

The manuscript, in the collection of David Solomon Sassoon, was written in a 13th-century Yemeni hand. A translation and study of the manuscript by Gerritt Bos and Y. Tzvi Langermann appeared in the journal Suhayl in 2006. The authors confirmed that this text was the source of the Latin translations of De Plantis that began circulating during the Renaissance.

This manuscript contains a wealth of ancient herbal lore of Greek and Arab origin. Bos and Langermann call the work “a short, enigmatic, and intriguing text dealing with medicine, botany, and the occult.”

While the physician Galen of Pergamon (129-199 AD), a Roman citizen of Greek ethnicity, is no longer believed to be the original author of the text (it is attributed now to another Greco-Roman known only as “Pseudo-Galen”) the treatise presents herbal knowledge and traditions that first emerged in the West in Greek science and were later expanded upon by Arabic-speaking scholars like Hunayn.

Hunayn ibn Ishaq (809-873), known to Latin audiences as Johannitius, is believed to be the actual translator and commentator of Al-Adwiya al-Maktuma. (Some say he is even the author of the Galenic material in that work.) Hunayn was an Assyrian Nestorian Christian physician and scientist who translated a number of Greek medical and scientific works into Arabic and Syriac. He worked in Abbasid Baghdad and was head of Bait al-Hikmah (the House of Wisdom), the great educational and research institution founded by the Caliph al-Ma’mun.

In the Adwiya, Hunayn asserts that Galen hid some of his medicinal truths from the general public, using code-names and roundabout ways of describing certain plants. In Hunayn’s own words:

The aim of Galen in this book is to describe that which he gathered in the course of his life concerning drugs having wondrous special properties. He experimented with them many times. However, he did not write down his experience with them, thus hiding it from most people, but only hinted at them…. I looked at more than one copy, collecting that which was correct. I experimented with it, tested it, and cured with it….

Hunayn seeks to provide known names (in Arabic, Greek or other languages) for all of the plants Galen mentions, and he often adds important therapeutical information about them.

Here are some of the herbs discussed in the text. Galen’s description is presented first, followed by Hunayn’s commentary:

Galen: The tree that is called the tamarisk is effective for epilepsy. If its buds are hung around a person, he will never suffer from epilepsy at all. It is also effective against lethal poisons and the bites of vermin, if the one bitten and the one who has been given poison to drink imbibes it.

Hunayn: Galen means a wood that is called al-fawaniya (peony)…. Its description is: it has a sharp smell, of black color – I mean its exterior. As for its interior, it is white, and the best kind is the hard one. Galen mentioned that he met someone suffering from epilepsy. He hung it around him and it went away. He thought the disease was [completely] eliminated, so they took it off of him, and the epilepsy returned. [They repeated the therapy a few times more, with the same result. – RWL]…. I experimented with it several times, and found Galen to be correct.

Hunayn: [Galen] means the umm ghaylan tree [Maimonides says this is the acacia or gum arabic tree]. It has many thorns; its thorns are larger than those of boxthorn (lyceum). It grows plentifully along the roads of the Hijaz. It has a flower with round tips (?) that are joined together, not separated. Its flower has a thin stem, like the stem of the violet (Viola odorata L.), but its [stem] is smaller in length than it. It has a pleasant smell, wine-like, wondrous, fragrant, […] a perfume is made from its flower by the perfumers in Iraq. It has a red resin that is called […] [unreadable; the Latin version has “adendam”], and that is its menses. Sometimes something that looks like blood flows over its stem.

Galen: The plant that grows between graves is effective against pains of the joints, cold winds, difficulty in childbirth, winds of the wombs, toothache, and chronic gout.

Hunayn: [Galen] means by that the harmal (Peganum harmala L.) plant, which is found in many electuaries and pills.

Galen: The plant whose seeds and grains are fodder for the wild dove, that is al-ayl, has leaves that stop bleeding and heal wounds at once; there is therein no need at all for any [additional] medication. It firms flaccid joints, and it is effective against lethal drugs.

Hunayn: [Galen] means “goatsbeard” and this grass is the plant called “Cistus.” The best sort is the broom-rape. If the broom-rape is pounded fine and mixed into pills, it is effective against diarrhea and stops dysentery and bleeding. [Note: The linkage of goatsbeard and broom-rape is unclear. The authors identify broom-rape as Cynomorium coccineum L. or tarthuth. Broom-rape, a member of the Orobanche genus, is a parasitic plant like tarthuth but it is not identical. – RWL]

Galen: The tree which, when one paints one’s hand with it together with henna, stops [excessive] menstruation, and is effective against the bite of lethal vermin. It opens obstructions, causes [a tumor in] the spleen to dissolve, and makes vision clearer.

Hunayn: It is gentian.

Galen: The tree that grows in India, and which beetles do not approach, increases memory; it strengthens the mind and the nerves, improves the complexion, increases sexual vigor and strengthens the erection if the penis is rubbed with it.

Hunayn: It is the “marsh-nut” [a close relative of the cashew – RWL]. That is, if beetles approach this tree, they all die. If one smears its honey on the penis, it strengthens it; its strength and its erection are increased. Its special property is to clarify the mind.

Galen: The wood and seed of the tree that is cut before it is pulled out, and their extracts, are effective against lethal drugs, the bite of vermin, earache, epilepsy, and draw out superfluities from the head.

Hunayn: It is the balm-tree, because [if] it is cut, that is its seed, the oil flows out of it. If one cuts [the tree itself], and its oil comes out, it dies.

Galen: The tall tree that grows on the banks of rivers eradicates warts. It is effective against quartan and tertian fever, and opens obstructions.

Hunayn: It is the tree [called] ‘adhb. [The Latin reads: “Galen means when he says the tall tree etc. the willow.” The authors say ‘adhb refers to the gall-nut, a solidified morbid secretion, of the tamarisk tree. – RWL]

Galen: The tree that grows in the interiors of wadis, but is not [found] in the sides of the wadi, eliminates the lust for intercourse, dries the sperm, strengthens the back, sharpens eyesight, and eliminates the slackness (feebleness) of the parts of the body.

Hunayn: He means the chaste tree. It is also called Miriam’s tree. Its seed is like the seed of the eggplant [Solanum melongena L.].

Healing Herbs from the Middle East

This blog is inspired by "Natural Remedies of Arabia" by Robert W. Lebling and Donna Pepperdine (Stacey International, 2006). The book brings the age-old traditions of herbal and natural medicine in Arabia to new audiences around the world. Based on a survey of traditional healing practices among families of the Arabian Peninsula, this work covers many plants and spices found throughout the world, but shown here in their characteristically Middle Eastern applications. Also featured are herbs that originated and flourish in Arabia. The book offers much more: recipes, natural beauty tips, fascinating facts and recent scientific research.

Natural Remedies of Arabia – The Book

Natural Remedies of Arabia – The Book